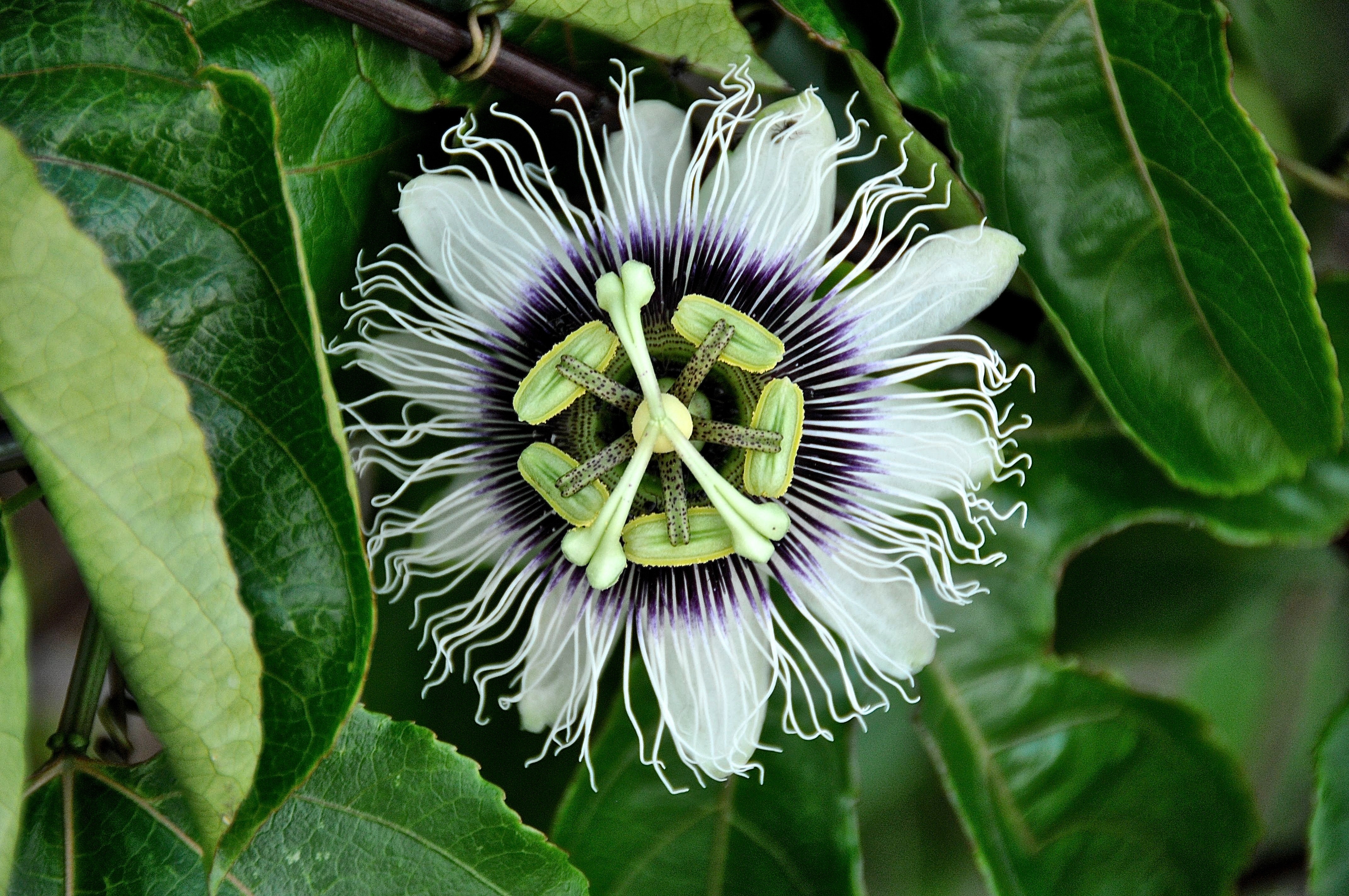 Several varieties of the religiously symbolic passion flower’s “passiflora” genus have been used medicinally for centuries, first by Native Americans then by other cultures. The most common medicinal uses were remedies for anxiety, insomnia, pain relief, muscle relaxation.

While this plant is primarily valued for its nerve-calming properties, passion flower can also be used as a pain reliever for light to moderate pain. It is very easy to grow, and is often spotted as a roadside weed in several states and climates across the United States.

Passion Flower as a Supplement

The most often used parts of this plant are the leaves, flowers, stems and sometimes the root. There are several species of the passion flower, most of them producing leaves with the active compounds sought for nerve-calming capabilities.

One of the most popular ways to take passion flower is in liquid form. It can be brewed like tea or part of a tincture which is just the essence of the plant mixed with an alcohol base. As with most tinctures, it can often be hard to swallow on its own due to its bitter taste. It may be diluted in a small amount of water if necessary.

The leaves and roots of contain compounds called beta-carboline harmala alkaloids. These alkaloids act as natural MAO (monoamine oxidase) inhibitors. You may have heard this term plenty of times in antidepressant ads on TV. MAO inhibitors aid in the metabolism of the feel-good neurotransmitters serotonin and norephinephrine.

They produce a calm state and a sense of well being. They also help reduce feelings of anxiety and lessen the symptoms of stress and tension by increasing the circulation of happiness-promoting chemicals.

Perhaps most importantly are the things passion flower are missing. Side effects. Passion flower has very few known side effects which of course makes it a desirable natural remedy for the occasional bout of anxiety and nervousness. It can also improve your quality of sleep.

Many varieties of the passiflora family also contain naturally analgesic (pain-relieving) flavonoid compounds. These include chrysin, orientin, vitexin and isovitexin. Since these compounds relax the central nervous system, they can also help with various kinds of pain such as back pain or nerve related pain. They also possess anti-inflammatory properties.

Passion flower also has demonstrated anticonvulsant and antispasmodic properties which may help explain its ability to relieve pain. It has even been researched as a potential remedy for Parkinson’s disease to help ease the shaking that is related to the malfunction of the neurotransmitters. While it likely cannot cure the disease, there is evidence that it can help reduce symptoms.

Potential Uses for ADD and ADHD

The passion flower has also been considered as a natural therapy for the relief of ADD or ADHD symptoms. Inability to concentrate is usually related to an overly stimulated nervous system. Since passion flower helps relax the nervous system it may have implications in the treatment of attention and focus deficit disorders.